A good way to get a sense of your family’s past is to take your family and visit places where your ancestors lived and worked. Explore the area and stop in at any local historical societies. The staff there love to tell of the history of the area and know insights and places where you should visit. They may even have specific information on your ancestors. While in the area explore the cemeteries and look for your ancestor’s graves — see who is buried around them — and maybe discover additional ancestors you didn’t know about.

Joseph Jenckes and the Iron Works at Saugus, Massachusetts 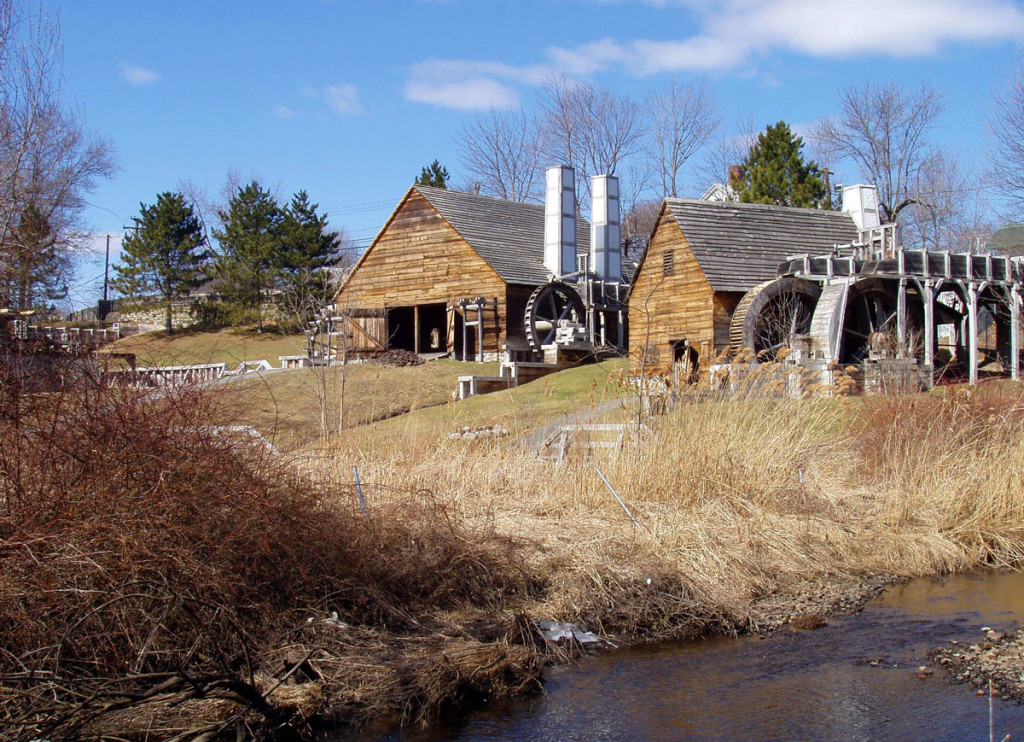 Many areas have local, state, and national sites highlighting historical events and places. The Saugus Iron Works National Historic Site is located about eleven miles north of Boston. This was the first iron works in North America in the colonial period and was opened in 1645. Prior to this time, essential goods, such as nails, horseshoes, cookware, tools, and weapons had to be brought from England. This manufactory closed somewhere around 1670 and sunk into the underbrush until 1898, at which time the Lynn Massachusetts Historical Society erected a plaque —

The First Iron Works. The first successful iron works in this country established here. Foundry erected in 1643. Joseph Jenckes built a forge here in 1647 and in 1652 made the dies for the first silver money coined in New England. In 1654 he made the first fire engine in America.

Joseph Jenckes [Jenks] was my ancestor! He had settled in Lynn, Massachusetts by 1643, arriving as a widower.  On March 6, 1646, he was awarded the first patent in North America by the General Court of Massachusetts to make scythes. The basic scythe design remained in use for over 300 years.

A Family Visit to Saugus

The year 1915 started a series of events that began with the restoration of the house believed to have been the home of the iron-master at Saugus. After an attempt to move it to Henry Ford’s Greenfield Village in Dearborn, Michigan, local residents formed FIWA — First Iron Works Association. Eventually archaeologists were brought in and a nine-acre national park evolved which includes working waterwheels, hot forges, mills, a historic 17th century home, in a lush river basin.

When I took my family to the first iron works at Saugus, we were able to see the reconstructed buildings and water wheels, and the 500-pound hammer in operation which were found on the site. The power of the pounding 500-pound hammer in action is a memory long remembered. The rangers told us that Joseph Jenkes’ forge was located down the hill from the front of the buildings. What a thrill it was standing where my ancestor had stood and worked.

Click on the link below to watch the National Park Service video highlighting the history of the Saugus Iron Works.