It’s that time of year again — Christmas Cookie time! Think back on your childhood, did you help your mother or grandmother make Christmas cookies? Do you remember how good they were? What were your favorites and do you make them with your children now?

When I was a child my mother made about 7 or 8 different kinds. Some I really loved and others not so much. Don’t get me wrong they were all good, but some were better than others, at least to me. If I asked my siblings, I’m sure they would have their own favorites. That’s what made baking cookies with my Mom so much fun.

Gifts for Teachers and Neighbors

We always selected an assortment and wrapped them as gifts for our elementary school teachers and neighbors. It was so much fun picking out special Christmas paper plates and fancy colored paper t0 wrap them in. We were all so proud of the cookies our mom made. It was a real treat to give them to our teachers.

Describe your childhood baking cookies with your mom and siblings? Did you take your Christmas cookies to your teachers or class parties? If baking cookies is a tradition during the holiday season, your children will love the stories you can tell them about making and baking cookies as a child with their grandmother!

According to Wikipedia, modern Christmas cookies can trace their history to recipes from Medieval Europe biscuits, when many modern ingredients such as cinnamon, ginger, black pepper, almonds and dried fruit were introduced into the west. By the 16th century Christmas biscuits had become popular across Europe, with Lebkuchen being favorites in Germany and pepparkakor in Sweden, while in Norway krumkake were popular.

The earliest examples of Christmas cookies in the United States were brought by the Dutch in the early 17th century. Due to a wide range of cheap imported products from Germany between 1871 and 1906 following a change to importation laws, cookie cutters became available in American markets. These imported cookie cutters often depicted highly stylized images with subjects designed to hang on Christmas trees. Due to the availability of these utensils, recipes began to appear in cookbooks designed to use them. In the early 20th century, U.S. merchants were also importing decorated Lebkuchen cookies from Germany to be used as presents.

In Canada and the United States, since the 1930s, children have left cookies and milk on a table for Santa Claus on Christmas Eve, though many people simply consume the cookies themselves. The cookies are often cut into such shapes as those of candy canes, reindeer, and holly leaves.

Do your children still remind you to leave cookies and milk out for Santa? How many of you have forgotten to eat them? Then realize that morning the cookies and milk are still on the table untouched by Santa! Write stories about how you talked your way out of situation!

We did, however, find several theories of the tradition.

The website Wockenfuss states that leaving cookies and milk for Santa could be linked to Saint Nicholas. During the traditional feast of jolly old St. Nick onDecember 6th, children would leave food and drink for the saint and his attendants. These offerings would be exchanged for gifts overnight.

Leaving cookies and milk for Santa may be directly related to the history of the Christmas tree. In Germany, the people would decorate what they called a paradise tree with apples, wafers and cookies. This German tradition would merge with Christianity and become the basis for our modern Christmas tree. And Santa would often snack on the delicious decorations. Over time, while Christmas tree decorations changed, the idea of leaving snacks for Santa stuck around.

Leaving cookies and milk for Santa could be linked to Norse mythology. People would leave hay and treats for Odin’s eight-legged horse “Sleipner” in hopes the god would stop by their home during his Yule hunting adventures. This tradition was handed down to Dutch children who would leave treats out for Father Christmas’ horse.

Leaving cookies and milk for Santa could also be linked to the Great Depression. During this time, it is believed that parents wanted to inspire their children to share with others. To help them do this, they would leave snacks out for Santa Claus and his reindeer.

Make sure you share your favorite stories and recipes with your children and grandchildren. Make these stories a part of your life history! 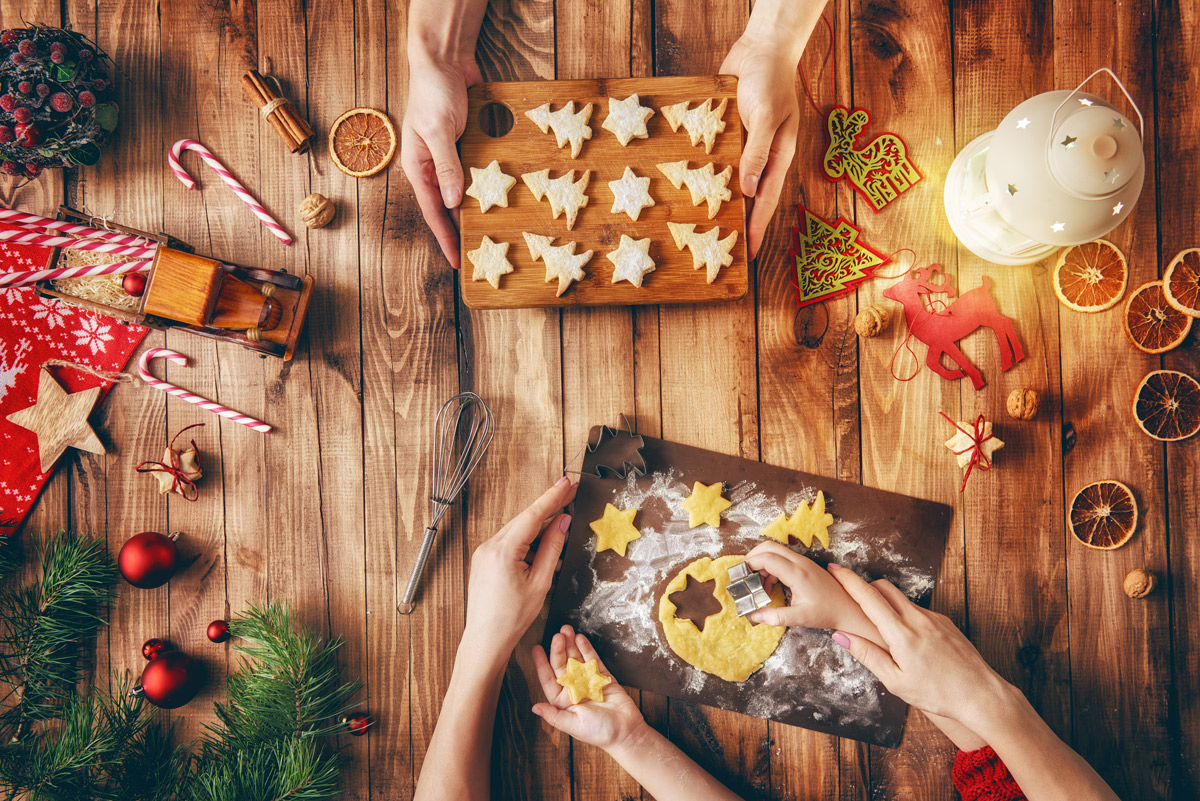